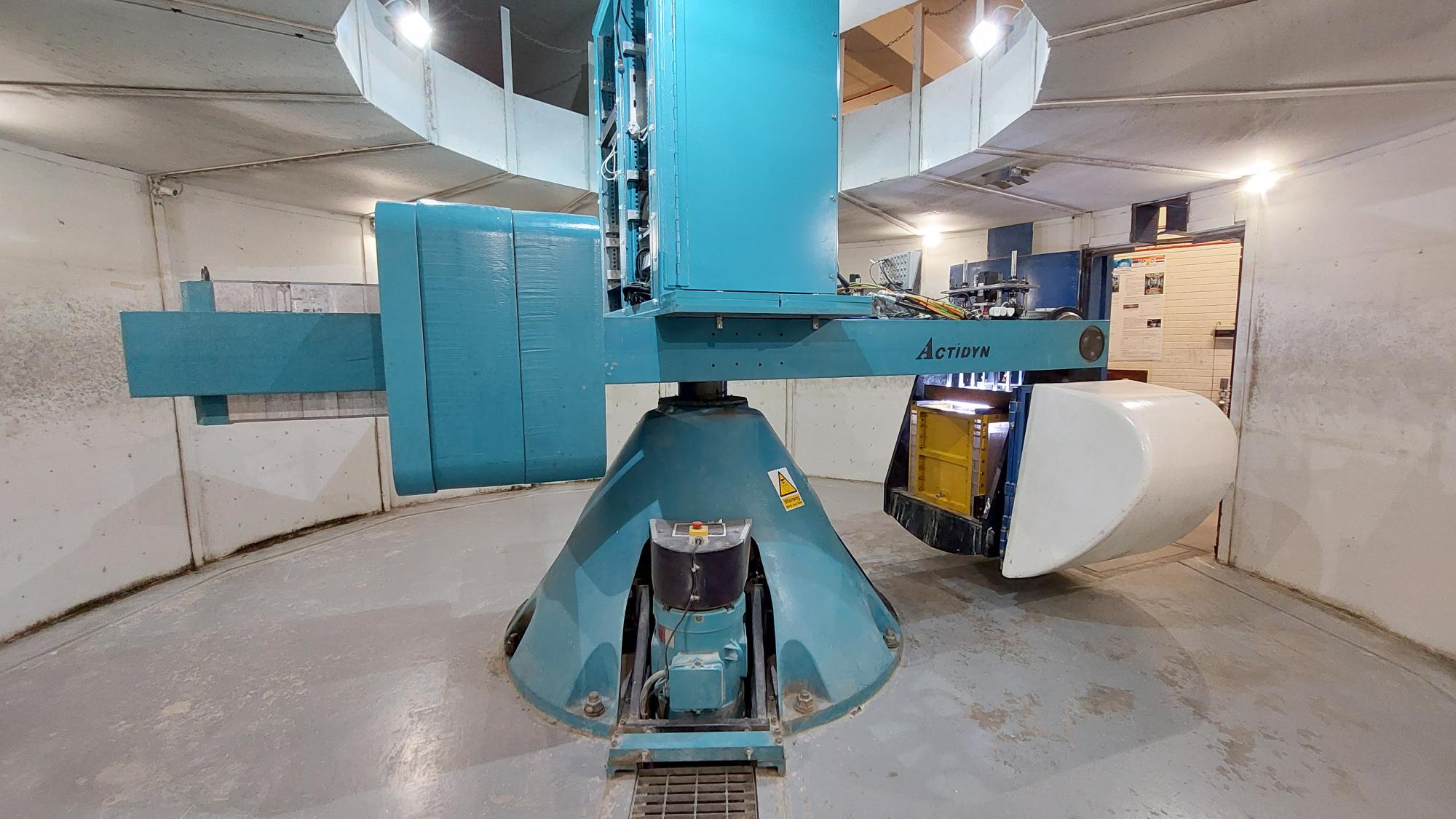 A novel marine mooring and anchoring project aiming to improve the operation efficiency of ocean energy devices is recruiting expert support from the University of Dundee.

The UMACK (Universal Mooring, Anchor & Connectivity Kit) Project has teamed up with the University’s Geotechnical Engineering Group to aid the development of a new ‘vibro-installed’ anchor system for Marine Energy applications.

The €3.7m UMACK Project will also now benefit from the University’s world-leading experimental and physical testing facilities, developed as part of the Scottish Marine and Renewable Test Centre (SMART).

UMACK Project Manager and CorPower Ocean Head of Projects Matt Dickson said that the partnership marked a ‘significant breakthrough’ adding greater resource and expertise in the field of geotechnical engineering and science to the UMACK project team.

“The consortium members are thrilled to be expanding our partnership with the University of Dundee’s Geotechnical Engineering group which has extensive experience developing new foundation and anchoring concepts for the offshore energy and aquaculture sectors,” he said. “The department benefits from world--class facilities, including a large geotechnical centrifuge testing centre, unique to Scotland, combined with unparalleled experience in advanced numerical modelling. The Geotechnical Engineering group is helping the project in our journey to push the boundaries and reimagine the traditional mooring and anchoring process within the UMACK project.”

UMACK presents a step change in technology for the ocean energy space addressing issues around affordability, durability and reliability of marine power system’s mooring and anchoring. The UMACK solution is being developed to supersede widely used ‘gravity-based’ anchors – reducing CAPEX, installation and O&M (Operational & Maintenance) costs by more than 50%.

The consortium’s work with the University of Dundee is focusing on a novel ‘vibro-installed’ anchor system and involves world-class scaled anchor centrifuge testing and advanced computational modelling. The full-scale prototype anchor consists of a 1.5m diameter plain pile like structure with the novel UMACK pile tip end piece attached at the end which is then gradually vibrated into the seabed. The novel UMACK pile tip design reduces soil resistance, enabling the anchor to be driven to the desired project penetration depth. Once the vibration stops, the UMACK anchor solution mobilises a large wedge of earth to provide a very large tensile capacity. The solution replaces the need for gravity-based anchors and also alternative large diameter plain pile anchors which are driven straight into the ocean floor, a noisy process known to be detrimental to marine life. Large diameter plain piles are also expensive, often forming in the region of 30-40% of development costs of a new offshore generation site.

Modelling work is now underway at 1/50th scale to rigorously test the technology and understand optimum configuration for ease of installation, adaptability to different seabed types and maximum uplift capacity. 3D-printed metal anchors are also being subjected to thousands of cycles of wave loading to assess lifetime performance.

Professor Michael Brown, from Dundee’s School of Science and Engineering, said: “It’s a huge honour to work with the UMACK Project consortium contributing to the deployment of Corpower’s C4 WEC and is a testament to the expertise and facilities that we have in Dundee. Developing the concepts in a university research environment using scaled physical modelling means that all of the important influencing factors can be controlled and understood. This allows concepts to progress in technology readiness level (TRL) at a fraction of the cost of full-scale offshore demonstration projects.

“This latest work builds on the University’s decade-long track record developing anchoring foundation systems for the oil and gas, renewable energy and aquaculture sectors. We have been lucky enough to work on cutting edge concepts for future renewable energy systems including foundations and anchors for tidal stream generators, novel anchoring for WECs and alternative foundations and anchors for fixed and future floating wind. It is hoped that these research efforts will have the potential to revolutionise future offshore renewable energy development.”

UMACK is funded by Scottish Enterprise and the Swedish Energy Agency with co-funding from the OCEANERA-NET COFUND (via the European Commission under Horizon 2020).

For more information on the UMACK Project visit the website www.umack.eu or contact Matt Dickson on matt.dickson@corpowerocean.com or Catriona Macdonald on catriona.macdonald@ternan-energy.com

The UMACK Project (Universal Mooring, Anchor & Connectivity Kit) is aiming to develop a new, ground-breaking mooring solution for marine energy systems. The innovative technology is being developed as a universal and easily transferrable solution - presenting a significant breakthrough for the ocean energy space addressing key issues around affordability, durability and reliability. The initiative is being led by a global consortium including geotechnical specialist Ternan Energy, wave and tidal energy developers CorPower Ocean and Sustainable Marine, mooring experts TTI Marine Renewables, EMEC (European Marine Energy Centre) and marine renewable energy modelling experts from the University of Edinburgh. It is being financed by Scottish Enterprise and the Swedish Energy Agency with co-funding from the OCEANERA-NET COFUND (via the European Commission under Horizon 2020).